Let's look at the Bot API in some different workflows.

All workflows assume that the bot has already been registered with Care using POST /bots/networks/networkType/registrations.

This diagram shows the API workflow for a conversation started and resolved entirely by a bot. It uses the POST /bots/networks/networkType/authors/authorId/resolve endpoint. 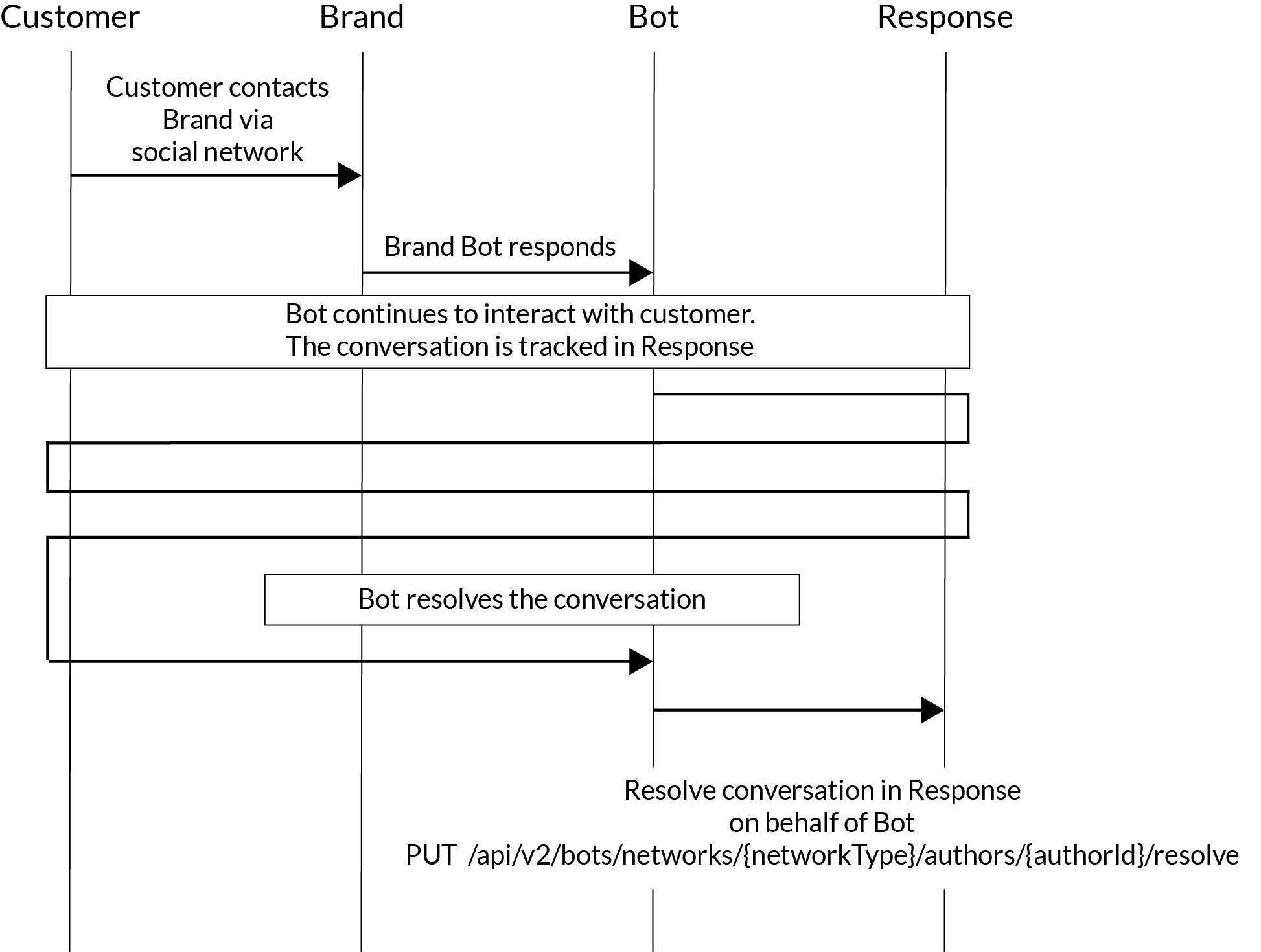 This next diagram shows the API workflow for a bot-initiated conversation that is handed over to an agent. The flow uses the POST /bots/networks/networkType/authors/authorId/handoff endpoint, which makes a callback to the bot (described in API callbacks to bots) when the agent resolves and closes the conversation. 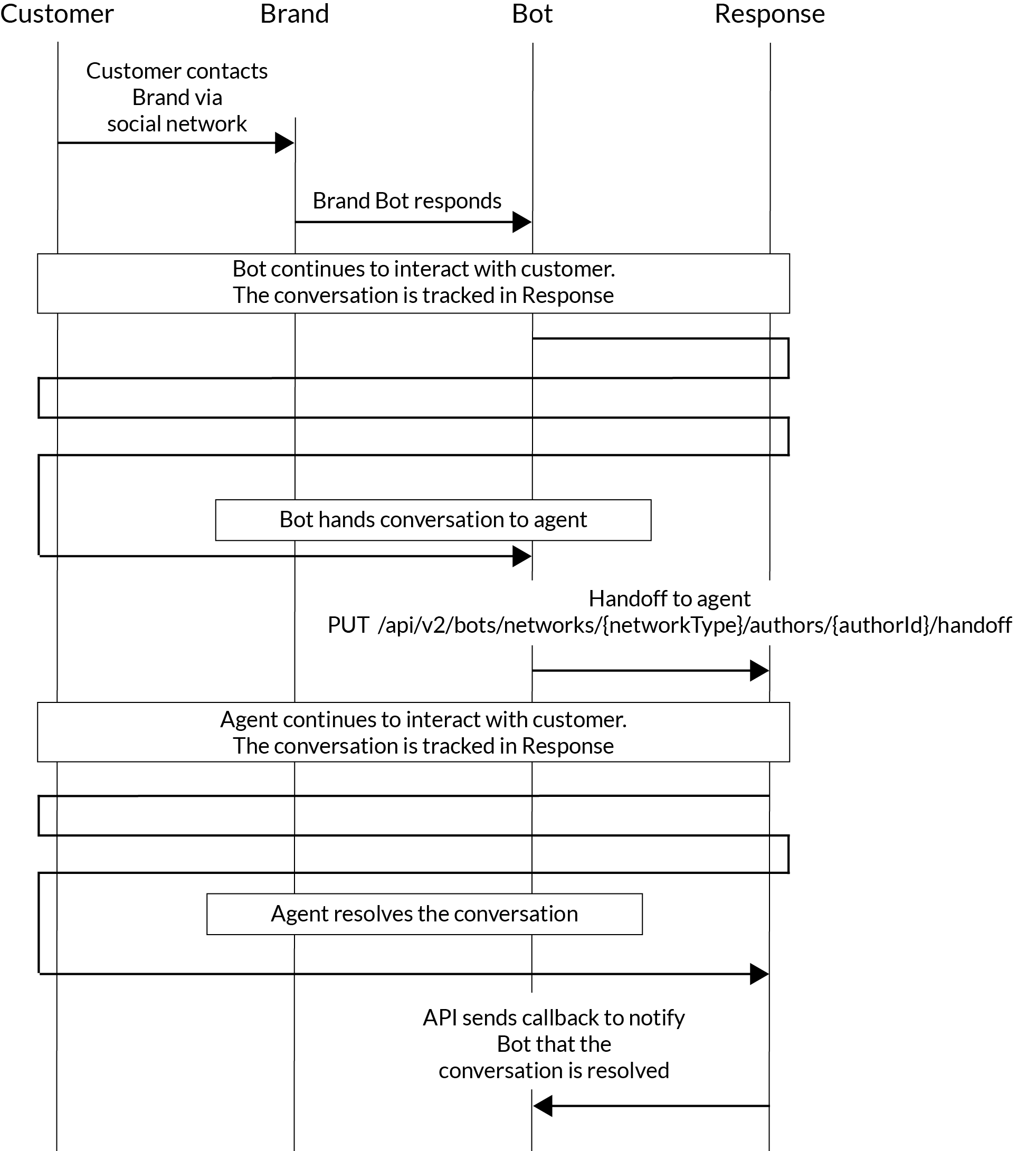 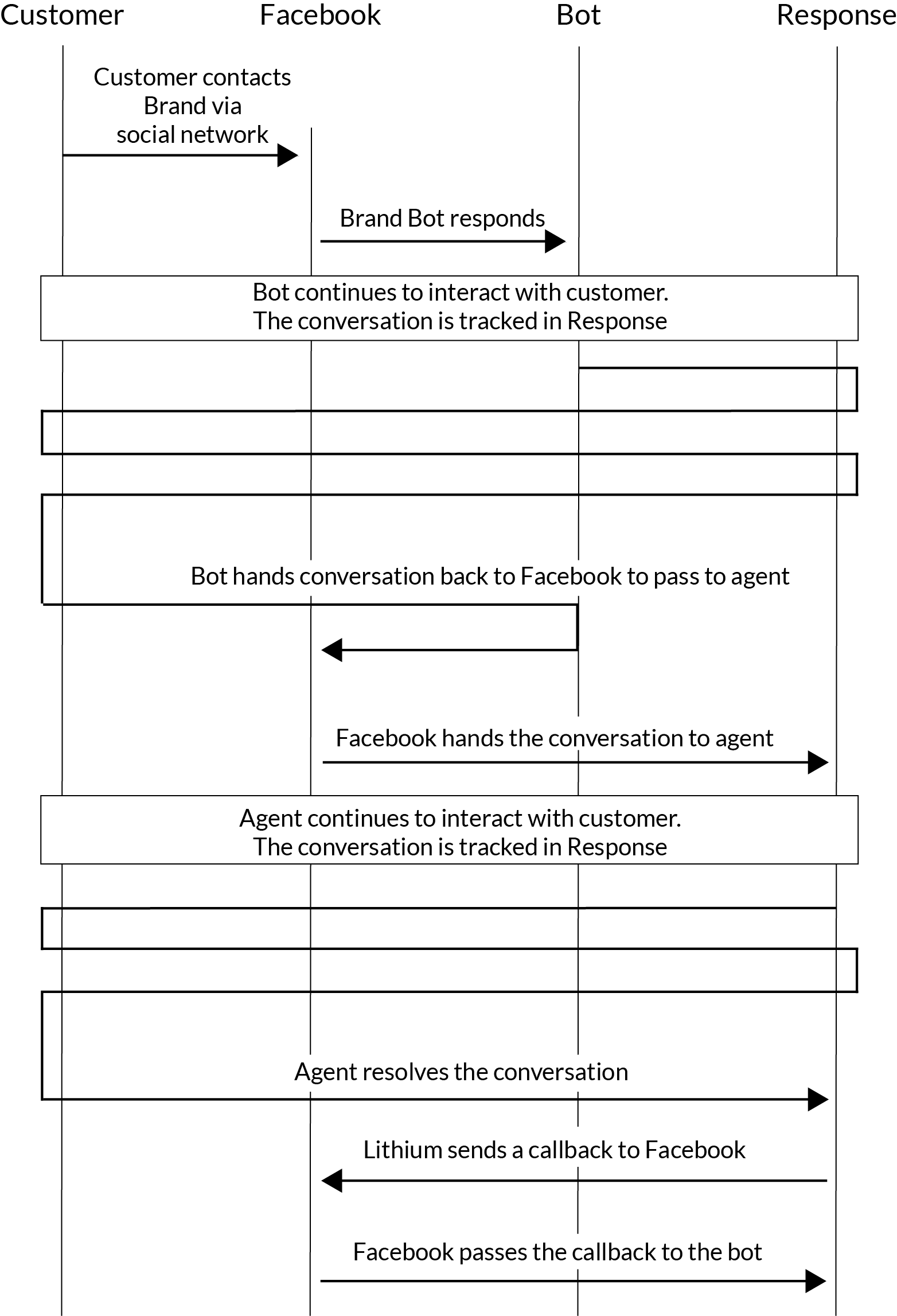 Be sure you are registering your Facebook Messenger bot with the correct App ID. This is App ID associated with your bot and the App that has the Primary Receiver role assigned.